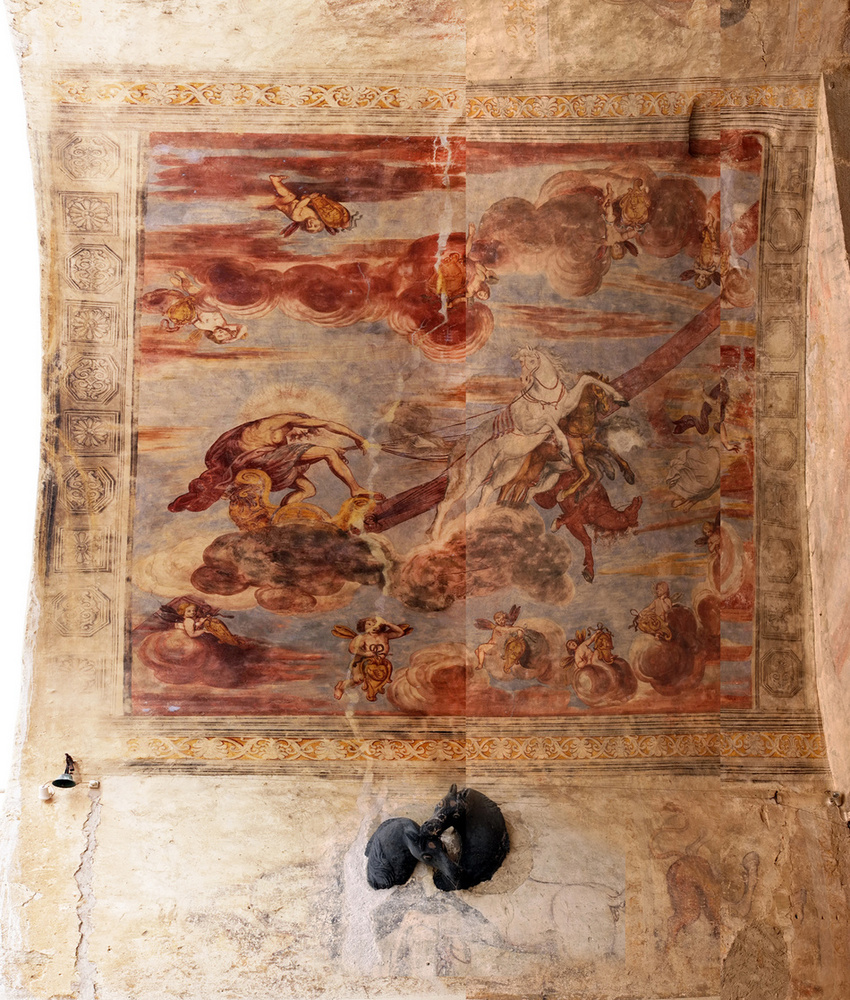 Wedding venue in France: From an elevated position, at the edge of the Jura Mountains that dominate the plain of Ain, the village was almost certainly built originally from a defensive perspective. It has been inhabited since Roman times, confirmed by Roman coins discovered in the village, as well as by Gallic tribes, with druid axes having been found in the "Grand Champ".

Château des Buis has been family-owned and run since the 13th Century and passed down to each generation by marriage. In the 15th Century, it was placed under the protection of the Château of Varey (Varey de Chatillon), where it remained until the 18th Century. In 1780, the seigneur, councillor and adviser to the King acquired the building. The courtyard of the Château was used to give sheltered banquets in honour of the Party of the Federation in 1790. Arrested during the French Revolution (1789-1799), the former noble was eventually released with the Knight of Champollon, thanks to the intervention of the local residents – the same individuals that perhaps lit bonfires throughout the locality just a few months earlier. One of the richest property owners in the Empire, the noble was later appointed Mayor of the surrounding locality during the Restoration (1814- 1830), when Louis XVIII was again restored as King of France. Eventually, both the Château and surrounding land was given to his nephews, who kept it for a Century, before returning it to their relatives in 1918 – who have owned and lived in it to the current day.

The Château, formal garden and hand-painted fresco on the ceiling of coach entrance were registered on the French Inventory of Historic Monuments in 1949. A room on the second floor of the tower and the vault of the entry porch were also classified in 1977.

We use cookies to offer you a better browsing experience, analyze site traffic and assist in our marketing efforts. Read below about how we use cookies and how you can control them by clicking "Cookie Settings". If you continue to use this site, you consent to our use of cookies.

Cookies are small text files that are stored on a user's computer or mobile device. They are used for a variety of purposes, including personalising pages, remembering visitor preferences, analysing visitor behaviour, managing shopping carts and delivering targeted advertising. Cookies are used to improve the online experience of almost every website, including our own.

When you use our website, the following four types of cookie may be set on your device:

Necessary cookies:
Necessary cookies are essential for the use of the features and services we offer on this website. Without these cookies, the services you want to use (such as view and buy your images) cannot be possible.

Functional cookies:
These cookies allow us to provide you with a better online experience when you use our website. They do not gather or store any information which would allow us to identify you personally.

Targeting cookies:
These cookies collect information about your browsing habits in order to make advertising more relevant to you and your interests. Advertising Bureau has put together a great resource for information on behavioural advertising: how it works, further information about cookies, and steps you can take to protect your privacy on the internet. For more information please visit www.youronlinechoices.com

Most internet browsers allow you to erase cookies from your computer hard drive, block all cookies (or just third-party cookies) or warn you before a cookie is stored. You can choose to restrict or block cookies through your browser settings at any time.

For more information about how to do this, and about cookies in general, you can visit www.allaboutcookies.org. Please note that certain cookies may be set as soon as you visit this website, but you can remove them using your browser settings.

However, please be aware that restricting or blocking cookies may impact the functionality or performance of our website. Some cookies on this site are essential, and the site won't work as expected without them. These cookies are set when you submit a form, view pictures, login or interact with the site by doing something that goes beyond clicking on simple links.